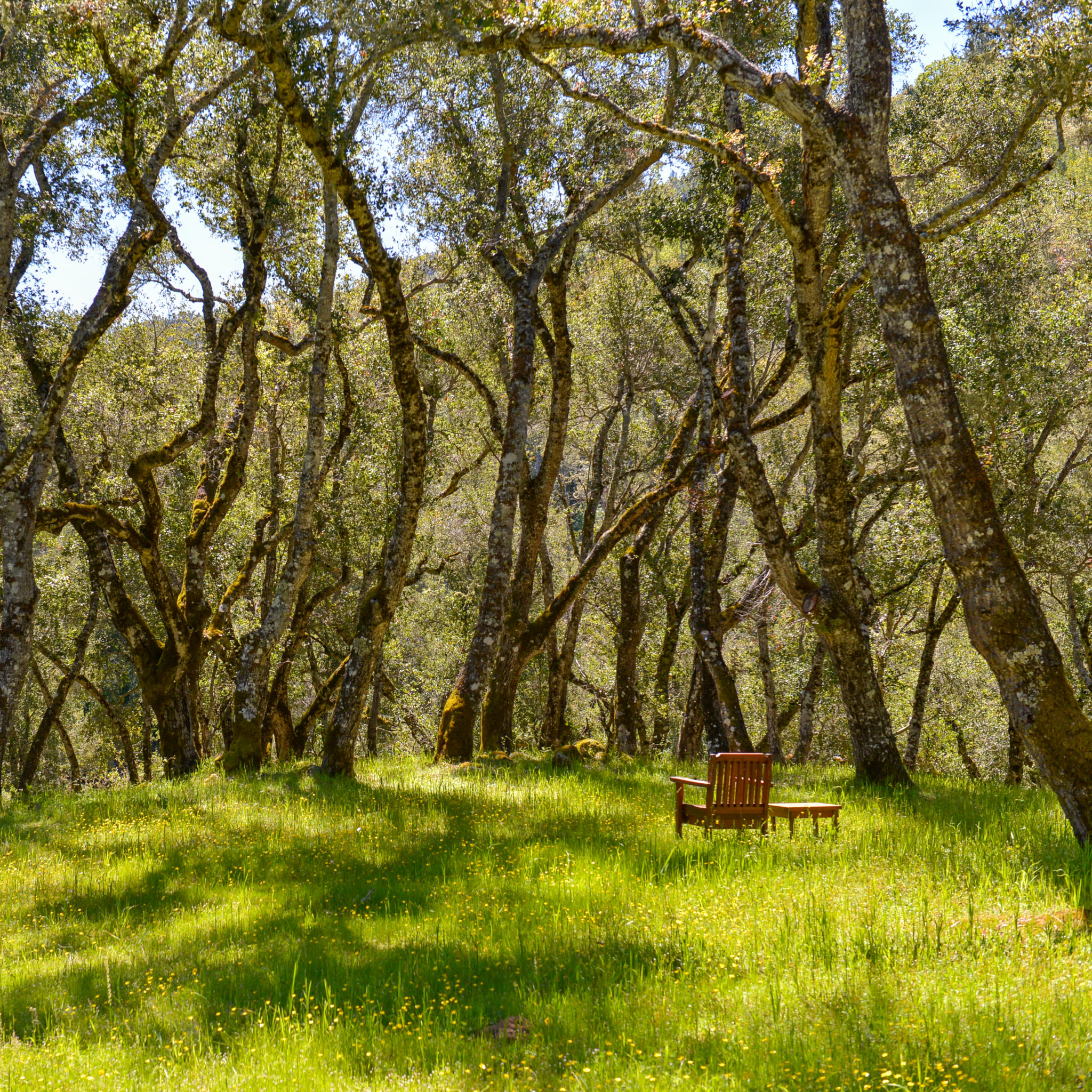 After knocking a few minutes on Cheryl Thiele’s door last month with no answer, I looked more closely at a sticky note on the wooden door. “If I don’t answer, I’m in my office. Please come in.” I entered and was immediately greeted by a very handsome and youthful looking 15-year old cat, Miles, purring as he inspected how good of a rubbing post my legs were. I asked for his help to find Cheryl and we were off on a scavenger hunt. 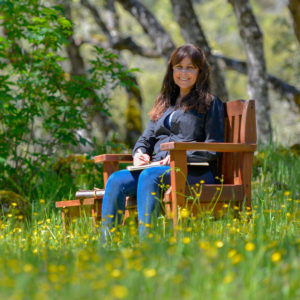 While searching for her office, I was struck at the feeling that her home invokes. A complete sense of balance and peace flows within the interior spaces while nature surrounds every corner. After going from room to room to no avail, I wandered outside to continue my search and into a deliciously warm spring day, through trillium and countless wildflowers and down to the creek behind the house. I heard laughter, looked up and chuckled to myself as Cheryl embraced me in a hug.

“Nice office,” I smiled, only half joking.

“It’s my other ‘office’ where I retreat to listen and to write. Here I’m reminded that we are more interconnected than disparate – to nature, to wildlife and to each other,” Cheryl replied. 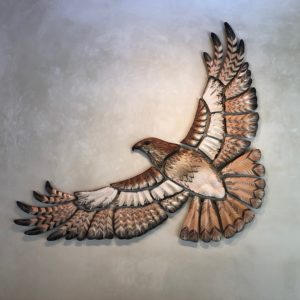 This acutely describes how this Monterey native, art curator and author exist in the world. As we walked around her Homeland, she would stop me to point out wood mint near the steelhead bearing San Clemente Creek, miner’s lettuce along the trail, trillium and countless wildflowers underfoot in an open meadow where Bay trees recently stood. I asked how a self-described nature girl and former mountain bike docent at Laguna Coast Wilderness Park found The Preserve.

“My focus was centered around Carmel Valley, though I was not looking for a gated community,” she stated, “except there was one particular home that had piqued my interest, but it had been sold years earlier in The Preserve.”

A relatively new community member, Cheryl moved from Newport Beach to The Preserve in January last year. She had been wanting to return home to the Central Coast for several years prior but ran into house hunting hiccups along the way. After a house in escrow had fallen through, a realtor suggested they check out The Preserve. The moment she drove through the gates, she was enamored, and the redwood grove lingered long after in her thoughts. As it turned out, that same house, the home she found and kept on her vision board while living in southern California, became hers. “I’m the third owner but the first to actually live full-time inside this home,” she shared. 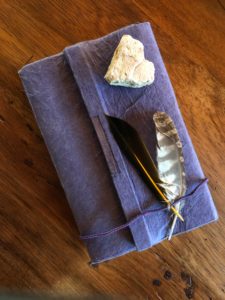 Cheryl shared that one of the biggest surprises in moving to The Preserve was how welcoming the community was and still is. “Even though the homes are far apart it’s one of the tightest knit communities I’ve ever lived in.”

Honoring her home, Cheryl took time to settle in.

One morning after having encroaching oak limbs trimmed away from the roof, she awoke to a feeling that something was peering in on her. Perched on the tree outside her bedroom window, a squirrel stared down at her, smacking its paw on the missing branch. “It was as if the squirrel was chiding me. It was then that I realized that I had moved into a living and lush habitat, and that my choices had a direct impact on the wildlife around me.”

She continued to observe and listen to her surroundings. In time, she reached out to the Conservancy to gather more information on the Openlands and together they created a plan that aligned with how Cheryl felt.

“Rather than being a rock plopped into a stream causing ripples, I wanted to be as light as a feather floating on the surface, with as little intrusion as possible.” 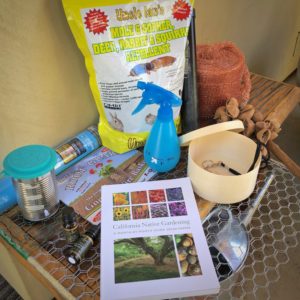 In her short time here, with guidance and support from the Conservancy, Cheryl has opened a path from her home down to the creek by manually removing head-high French broom and poison oak. After attending a Sudden Oak Death event she had several Bay trees removed, which invited much more light, expansive views and native wildflowers to flourish. The avid gardener is rodenticide free and relies on gopher baskets and mother nature to help maximize the fruits of her labor. Near the backdoor there’s an array of tools – a spider and snake catcher, a can shaker and small whistle, essential oils – each serving a specific purpose and all with an aim to harmonize.

The results of all of these efforts are evident. Her home harmonizes beautifully with the land and the wildlife continue to travel nearby. Her wildlife cameras have captured nearly every iconic California mammal that most of us dream of seeing – deer, bobcats, mountain lions and even a black bear.

Driving home from Mah Jongg two days before our interview, another of Cheryl’s lifelong dreams was fulfilled.

The keenly aware hiker had photographed captive mountain lions but had always dreamt of seeing one in the wild. Just before turning onto her driveway, she noticed something crouched in the tall grass, as if stalking prey. After several minutes of silent observation, an adult mountain lion turned to look at her. Mesmerized, she watched the cat as it stood up and disappeared into the night.

It’s hard not to feel that Cheryl is being rewarded and even encouraged to continue approaching life from a specific paradigm that seeks out “communion rather than dominion” and all in gratitude.

“From my human and natural neighbors near and far to the Conservancy and Preserve staff, this is a community that I feel grateful to be a part of.”