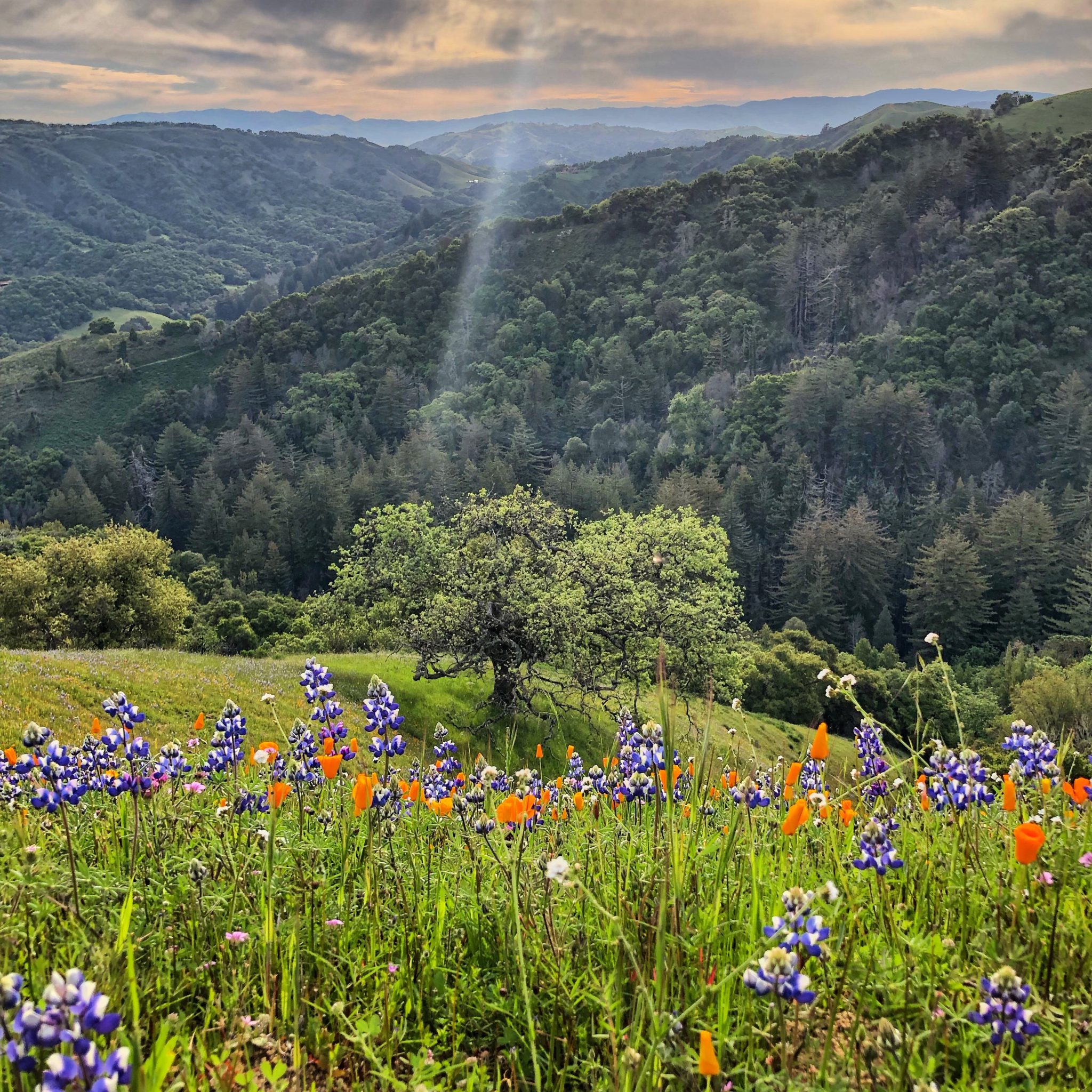 In our first newsletter, the Conservancy introduced our ‘Weed Warriors,’ a group of five seasonal staff spending day after day methodically traversing The Preserve to take down invasive weeds. In this edition, we want to showcase the hard work within The Preserve community by featuring four of your ‘Weed Warrior’ neighbors: Anne Cardone, Scot Smythe, Ivan Humphreys and Rich Griffith. 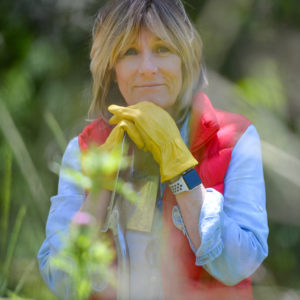 Anne’s Antidote to Thistle
The Preserve is a magical place. You too fell under its enchantment when you decided to make it your home, but maybe you didn’t initially realize the difference between the desirable native flora and the invasive non-native vegetation. When Anne observed the thistles along her driveway, she fondly reminisced of vacations to France. It wasn’t until Conservancy staff identified thistle as an invasive plant that she decided to take action. Anne’s favorite thistle removing tool is a pair of thick leather gloves to protect her hands from the sharp spines. She is always at the ready for thistle removal, keeping gloves and thick contractor bags handy in her studio. Anne continues to seek guidance from the Conservancy to manage and monitor her thistles and looks forward to having the Conservation Grazing team visit her property later this summer. 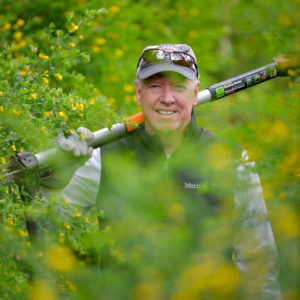 Scot’s Strategies and Support
A native of Carmel, Scot arrived to The Preserve well informed about invasive plants and committed to removing them. Even in his youth, pulling French broom was a regular pastime and it remains his least favorite weed. In addition to managing undesirable number one, Scot now fights a new nemesis, thistle. Throughout his Openlands and Homelands, he has tried a variety of tools, his favorite however, is Fiskars. The stand-up weeder is easy to use and effective at pulling thistle in its early growth stages, sans-chemicals. With the immense challenge of invasive plants on his property, Scot has been working with the Conservancy’s Natural Lands Manager, Jenna Allred, to implement a plan. Currently underway at his home atop Goodrich Trail is a targeted herbicide treatment that won’t harm native grasses.

Protecting the natural and wild lands of The Preserve motivates Scot to do the work himself. To fellow community members, he recommends becoming engaged and tapping into the Conservancy’s resources, even arranging a site visit. Conservancy staff have been invited to walk Scot’s property alongside him on several occasions, offering support and guidance. He also recommends offering guidance to hired landscapers, rather than leaving them with the entire task of invasive weed management, as they might not be well informed of safe and effective practices. 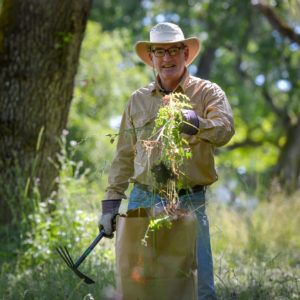 Ivan’s Introduction to the Weed Game
Although his enthusiastic crusade against invasives would lead you to believe he is a seasoned weed warrior, Ivan is new to the weed game. The relatively new homeowner on The Preserve initially got his hands dirty pulling French broom along Rancho San Carlos Road during one of the Conservancy’s Weed Bash events. Soon after, he began volunteering with the California Native Plant Society to remove invasives around Point Lobos. Ivan’s favorite tool is the uprooter, a specialized weed wrench that is capable of pulling down large shrubs of French broom with ease. On his own property, Ivan is managing invasive weeds and poison oak with the guidance of the Conservancy’s Grassland Ecologist and Stewardship Director, Rodrigo Sierra Corona. 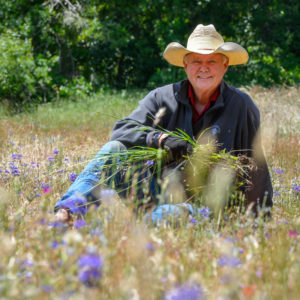 Rich Reaping the Rewards of Tenacity and Time
Like many in our community, Rich was drawn to The Preserve’s beauty and vast landscape. His property includes a gorgeous meadow adjacent to Garzas Creek. It was his desire to enjoy this open space that initiated his hard work in 2007. Over the years, Rich battled multiple invasive species including two varieties of thistle, French broom, poison oak and poison hemlock. A former Stewardship Manager for the Conservancy, Chris Hauser, advised Rich to mow his meadow each spring to reduce exotic annual grasses. This helped but experience taught Rich that mowing once each year was not enough because of the variable growth stages of different grass species. Once exotic grasses were reduced, Rich began removing the remaining invasive grasses by hand. Ultimately, the decade plus of managing the meadow taught him that land management, with the goal of removing non-native plants, takes time. Mature seeds remain in the soil creating a “seed bank” that emerges years later.

Want a good workout? Rich recommends skipping the gym and spending thirty minutes a day on your land in the spring, when the weeding is easy. “A half hour a day goes a long way in eliminating invasive species when done several times a week during the wet season.”

For the third consecutive year now, Rich has not needed to mow the exotic grasses and spends less than 8 hours annually hand pulling the remaining stands of exotic grasses. “After about 10 years of diligent work, the meadow is a beautiful display of wildflowers and perennial grasses, totally unimpaired by exotic grasses,” he shared with the Conservancy, proving hard work and dedication pays off in beautiful ways.

These weed warriors are committed through their own hard work to manage invasive weeds on The Preserve and in neighboring protected lands.  Would you like to nominate a Preserve member (even yourself) as a Weed Warrior? If so, send suggestions to Lindsay Cope at lcope@slconservancy.org.