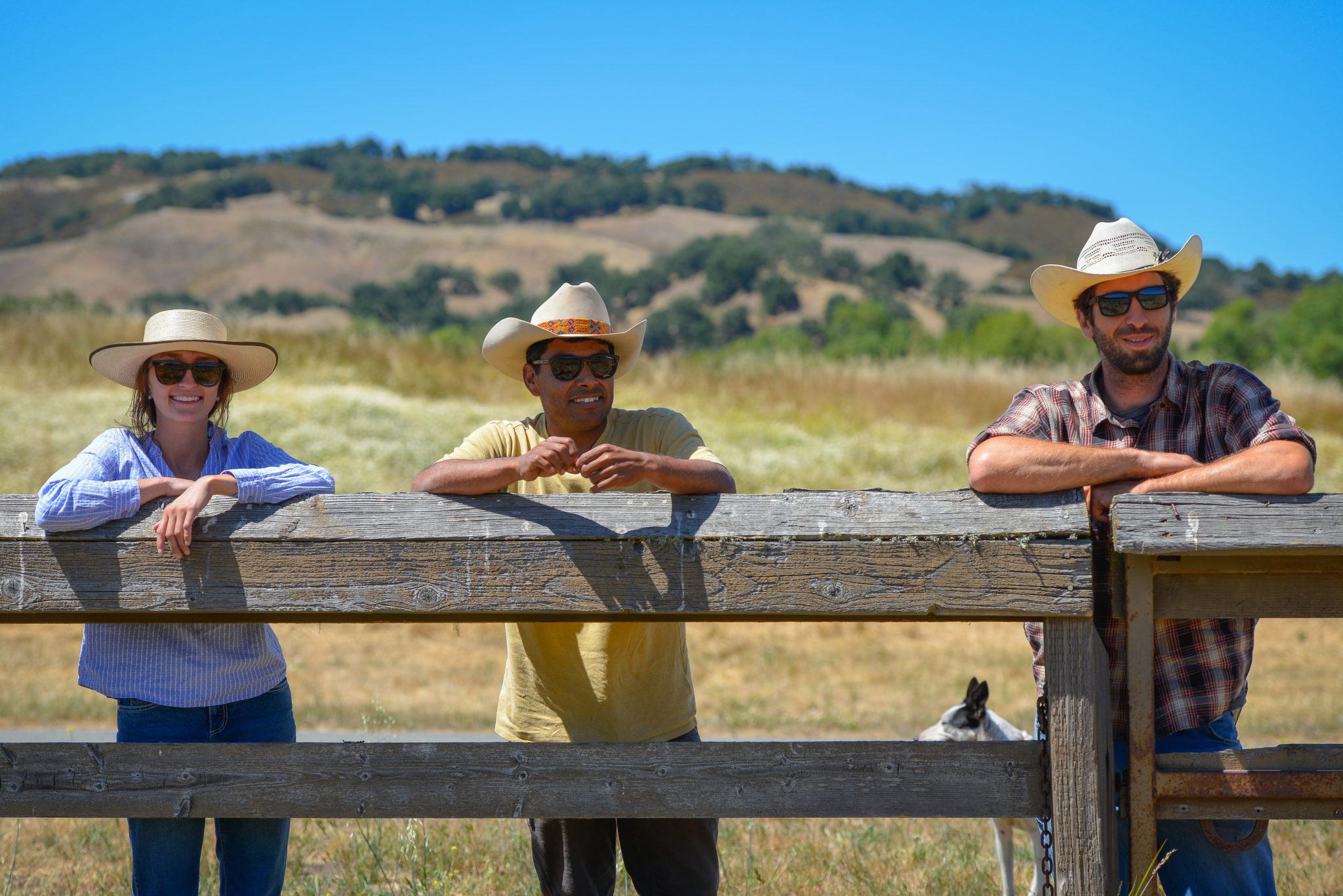 The Preserve’s newest residents have finally arrived. Allow us to introduce the Conservancy cattle currently scattered throughout The Preserve:

The Big Herd: The Original Grazers (OG) – 35 head
The OG make up the foundation of the Conservancy’s Cattle Grazing Program. This week, these bovine babes are moving to San Francisquito Flats. They have been enjoying a summer along Rancho San Carlos Road, helping to welcome residents and their summer guest to The Preserve. These ladies have spent the past 4 years traversing the rugged slopes and broad grasslands of The Preserve.

The SWAT Team – 8 head
No longer rookies, the 8 heifer “SWAT Team”, as the grazing team lovingly dubbed them, have been concentrated in the Flats, including the Peat’s Openlands and Rancho San Carlos Road, since September 2018. This agile herd is effective at grazing smaller pastures, achieving a more intensive grazing effect with fewer cows. At just 2 years old these ladies have developed into incredible precision grazers.

The New Herd: More Bovine Babes – 32 head
The Conservancy and Dorrance Ranch have always enjoyed a collaborative and productive partnership. In fact, all of the cattle in the Big Herd and the New Herd originated from the Dorrance family stock. As part of the Conservancy’s Grasslands Initiative to restore grassland health, over the next three years, we are tripling the Conservancy’s herd to 150 cows, allowing us to graze more areas with greater precision. The new herd of 31 cows and 1 calf is currently grazing on the Flats. Most of these cows have previously grazed on The Preserve and appear to be acclimating to their new home easily.

The Criollos: Special Forces – 3 head
Joining the new herd is a small selection of criollo (Pronounced ‘cree-oh-yo’ and refer to people or animals of Spanish ancestry born in the Americas) cattle. This horned variety have a different pigment and are smaller than the rest of the herd. Don’t let their horns mislead you, they too are females. The Conservancy acquired three adult Criollos from a ranch in Elkhorn Slough to test their effectiveness in the following areas: helping reduce brush encroachment within the grasslands; grazing on steep terrain; and deterring predators. These smart and speedy cattle have been praised for helping save land across a variety of arid environments. The hardy threesome will join our SWAT team as soon as they finish electric fence training in the trail horse pasture on Pronghorn Run.

The Preserve Imitators – “Not our Cows”
From time to time, neighboring cows will find their way onto The Preserve. This is not caused by bad intentions, but rather due to natural forces such as fire and weather, creating temporary breaches in fencing. When a lucky cow finds its way to The Preserve, the Conservancy works with the owner to return the cow home safely.

In Summary – 78 head
If you have been keeping count, that is 78 total cows in the Conservancy herd. At this time, they are dispersed along Rancho San Carlos Road and the San Francisquito Flats. Our team is continually monitoring the new cattle to ensure they are a good fit for The Preserve. By the end of July, the Original Grazers and the New Herd will be consolidated as a single herd on the Flats and will move towards Peñon Peak later this summer. The Criollos will join the SWAT team to reduce brush encroachment where needed.

With so many new cattle joining our conservation community, we are grateful for extra eyes. Please call our Conservancy Stewardship Director, Rodrigo Sierra Corona (831-238-1477) and/or Security (831-620-6750) if you spot a lone cow, a cow outside of a pasture or to report anything you think may be unusual.