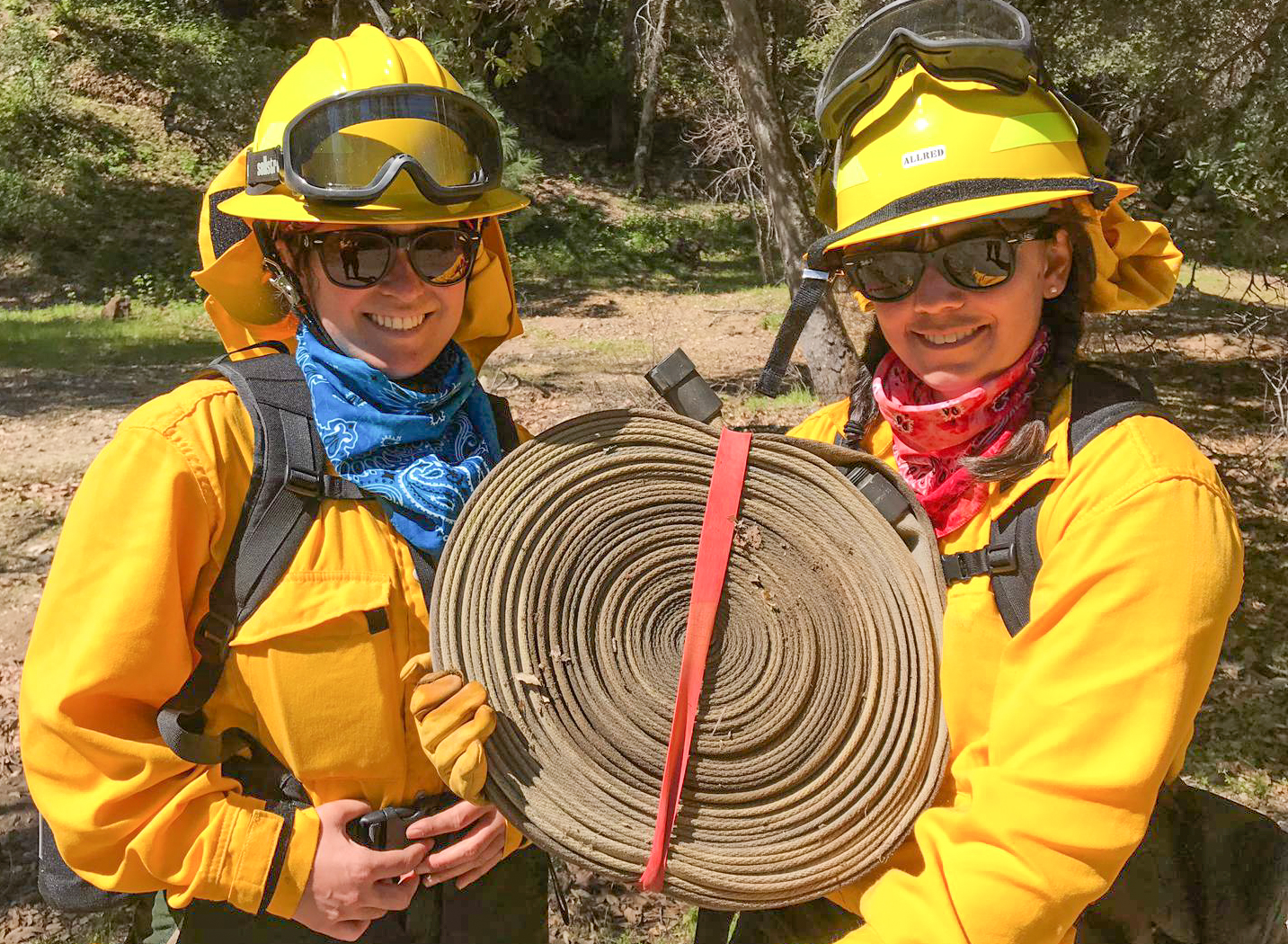 Learning how to live with wildfire is one of the great challenges of our era and region. We must begin by accepting the fact that fire is an integral part of our ecosystem’s natural processes while taking every precaution possible to keep our communities safe from its potentially catastrophic effects.

In 2020 alone, 4,397,809 acres burned across California—more than a tenfold increase from 2019. In our region, fire protection resources were stretched thin, homes were lost, and nearly 20,000 people were displaced when the Dolan, River, and Carmel fires burned a total of 179,917 acres. The Carmel fire raged for 19 days, reaching just two miles east of The Preserve and destroying 73 structures in neighboring Cachagua.

Fire resilience is a top priority at the Santa Lucia Conservancy, which manages 18,000 acres of protected lands on a 20,000 acre Preserve in the Carmel Valley and assists Preserve homeowners with custom fuel management plans (FMPs). This year, we set an ambitious goal to complete 50 lot-specific FMPs by May of 2022.

These robust FMPs are designed to go above and beyond state standards, taking into account natural vegetation and wildlife habitats, landscaping, topography, architecture and other unique features of each home. The plans don’t stop at prescribing defensible space around the home, they work to protect healthy ecosystems that stabilize the landscape to reduce fire risk and provide habitat for wildlife long-term.

In an effort to expedite this initiative and reduce the procedural burden on landowners, we’ve streamlined our process for creating new and updated FMPs. Achieving this goal is paramount to reducing the overall risk of catastrophic fire on the land so we can protect our community, homes, and the unique ecology we cherish.

Many of our native plants are adapted to burn periodically and rely on fire to deposit nutrients in the soil. From the early Holocene to about 7,000 years ago, more widespread and intense fires burned in the region than any time since, transforming dense forests into the oak savannas and grasslands we’re familiar with today.

Some archeologists suggest that Native peoples managed the land with fire much earlier than previously thought. Kent Lightfoot, an expert on the Native peoples of California, studies anthropogenic burning and argues that early human populations in the West likely set controlled fires to clear underbrush, eradicate pests, recycle nutrients, drive wildlife into traps, and mark territories among other uses.

When colonists laid claim to the land in the 1700s, Indigenous peoples were prohibited from burning woodlands. Fire suppression continued when the federal government established Yosemite and Sequoia National Parks in the 1890s and became federal policy when the U.S. Forest Service and other agencies were developed in the early 1900s.

It is only in the past few decades that fire has been recognized as an intrinsic part of our landscape by federal and state agencies. CalFire is currently working to correct old management practices that centered on fire suppression, which took healthy, regenerative fires out of the ecosystem for over a century. Because California continues to get hotter and drier and there is an overabundance of fuel as a result of fire suppression, the landscape is prone to more catastrophic wildfires that harm our communities, wildlife, and native flora.

It is our prerogative as a Conservation Community to help usher in a new era of small-scale, prescribed burning in order to reduce the risk of catastrophic wildfires. On The Preserve, we use prescribed burns to manage wildlife habitat, and employ trimming, thinning, mowing, and grazing in more targeted areas where fuel reduction is desired to significantly reduce the risk of fire reaching homes.

The Santa Lucia Preserve and Conservancy have maintained relationships with both our Monterey Regional Fire District and Cal Fire through prescribed burns, forest health and other fuel management plans, grants, permits, and implementation. Our long history of planning and adapting to fire risks and taking measurable actions to increase community safety and resilience has earned us immense respect from our agency partners who see The Preserve as a model for how other communities living in the Wildland-Urban Interface can stay safe in a fire-prone landscape.