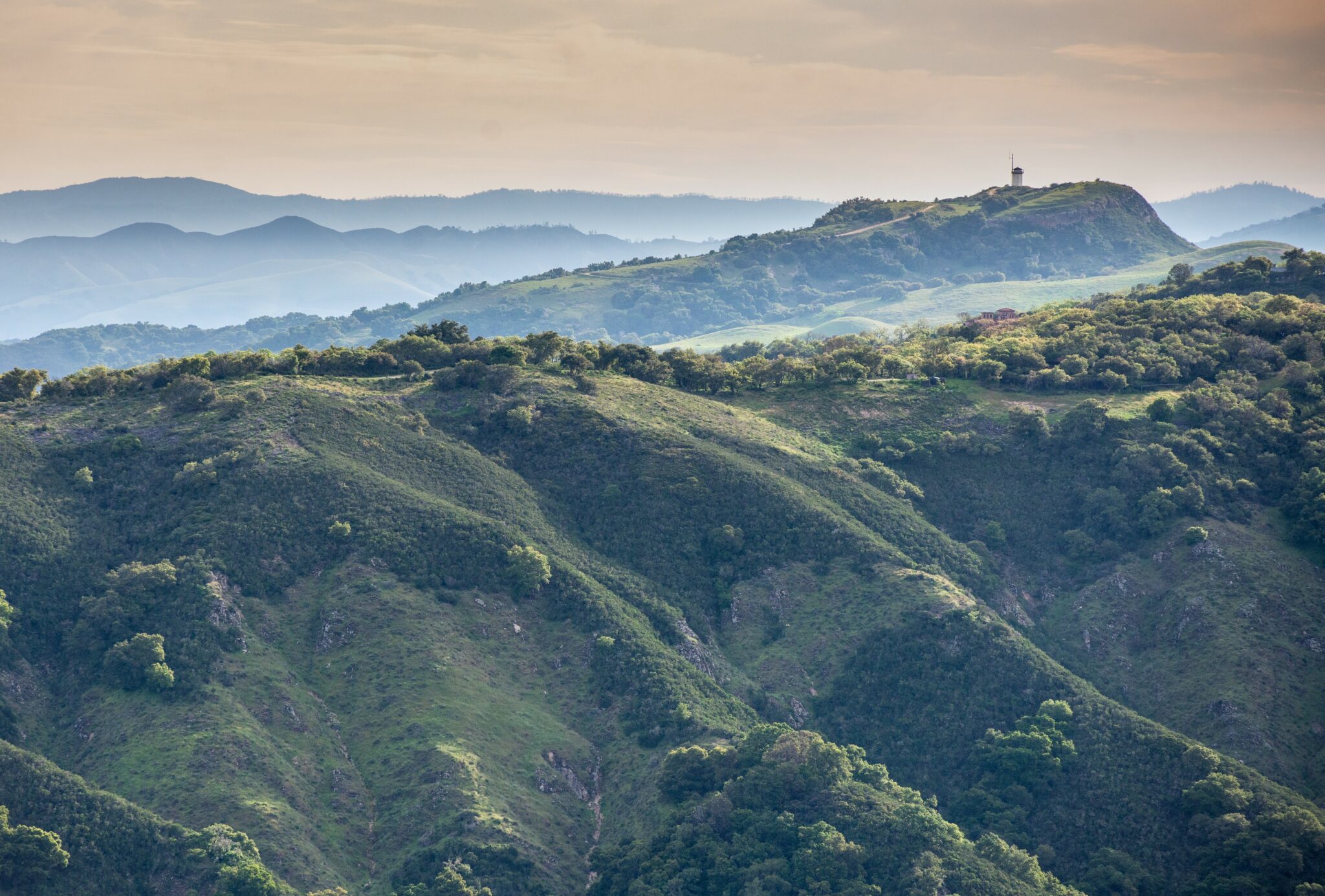 The Santa Lucia Conservancy Board of Trustees convened earlier this month to bid farewell to distinguished members Ron Eastman, Jeff Langholz, Sue Sirkus, and Terry Watt, who provided tremendous direction and vision to the organization’s mission to steward The Preserve’s natural landscape for the benefit of both wild and human communities. The Board welcomes new members Paul Kranhold, Lorraine Yglesias, Andrew Lawson, and Scott Hennessy — all of whom bring exceptional experience and energy to the Conservancy from a range of backgrounds.

We’re proud to have a passionate board with individuals that support the Conservancy’s mission long after their term ends. Preserve resident Ron Eastman served on several committees during his nine-year tenure including finance, governance, communications and outreach, and most recently the search committee that led to the hiring of our new Executive Director, Jamison Watts. His tireless commitment to both the land and the Preserve community is appreciated by all and will continue. Jeff Langholz, a Professor at the Middlebury Institute of International Studies, will continue to influence natural resource management and sustainability through his work and service in the wider Monterey County community. Located in Arizona, Sue Sirkus will maximize her conservation impact through her philanthropic and strategic planning consulting work with environmental non profits. With a background in managing projects that promote resource conservation and sustainable development, Terry Watt will also continue to support organizations with strategic planning.

Paul Kranhold is a part-time resident of the Santa Lucia Preserve, where he has been a member of the Ranch and Golf Clubs since 2009. Paul is an active conservationist and wildlife enthusiast with a particular interest in watershed management and the protection of endangered steelhead and salmon populations throughout the Pacific Ocean.

He is currently Co-President of Sard Verbinnen & Co (SVC), a New York based crisis and financial communications consultancy where he has been working for the last 16 years. SVC specializes in developing and executing communications strategies across stakeholder groups for some of the most complex financial events in the world. Prior to joining SVC, he was Vice President of Corporate Communications at AT&T in New York where he worked until the company was sold in 2004. Earlier in his career, he was Vice President of Communications for the Irvine Company, one of the largest private landowners in California where he helped communicate the benefits of limited development and land conservation on the Irvine Ranch.

Paul began his career in Washington as a presidential appointee at the U.S. Department of Interior in the George H.W. Bush Administration, where he served on a task force studying the development risks and benefits of the outer continental shelf off the California coast. After returning to his home state, Paul became press secretary to California Governor Pete Wilson.

Lorraine Yglesias is a marketing executive experienced in growing market share for brands with a focus on the Latinx space. Recent efforts include increasing Hispanic visitation to the Monterey Bay Aquarium from 8% to 25%. Prior to joining the Aquarium, Lorraine worked for communications and film companies in San Jose and Los Angeles, including Comcast, Lorimar-Telepictures, and the Hollywood Reporter, where her duties included developing the US Hispanic and Latin American markets for her employers.

The daughter of immigrants and a first-generation college graduate, Lorraine is an advocate and mentor focusing on the intersection of diversity, equity, and inclusion in the environment, social and economic justice, and communications. She currently serves on the board of Santa Cruz Community Ventures focusing on Monterey market development to expand their mission of building compassionate and equitable local economies, the Siembra Latino Fund (a field of interest for the Community Foundation of Monterey County) and Development Committee member for Salinas Valley Memorial Hospital Foundation.

Lorraine is also serving on an interim marcom workgroup created by the Monterey County Health Department to help advise in the rollout of a community-based initiative VIDA (virus integrated distribution aid) to connect with the most affected sectors of the Monterey county area with access to COVID testing and vaccination, as “Vida” translates to life.

Scott Hennessy joins the Conservancy Board with a robust background in county planning, environmental restoration, and nonprofit service in Monterey County. With a master’s degree in Marine Biology, Scott currently serves on the boards of the Carmel River Watershed Conservancy and the California Marine Sanctuary Foundation.

He has worked as the Director of the Monterey County Planning and Building Department and the Director of the Watershed Institute at CSUMB, founded a native plant nursery focused on providing vegetation for restoration projects as well as a thriving food service business. As a land use consultant, Scott worked on projects including the MPRPD Garland Park Southbank Trail Reconstruction, Palo Corona Aerial Spraying Program, the Palo Corona Parking Facility, and the MPWMD Steelhead Barrier Access Acquisition and Permission to Work Program.

Scott is the founding member of the California Mountain Lion Foundation, which worked to develop and pass the California Wildlife Protection Act. He has served as the Chair of both the Monterey Peninsula Audubon Society and the Ventana Chapter of the Sierra Club. He has served on the boards of the Hatton Canyon Coalition, which prevented Hatton canyon from becoming a freeway route, the Fort Ord Parklands group, which is responsible for establishing the public lands of Fort Ord today, and Monterey County Resource Conservation District.

Dr. Andrew Lawson grew up in New Brunswick, Canada, obtaining an honors bachelor’s degree in Biology from Dalhousie University before moving on to the University of California at Berkeley for his PhD and postdoctoral work in entomology. From 2001 to 2013 he served as professor of entomology in the Department of Plant Science at Fresno State and conducted research on integrated pest management in urban forests, grapes, almonds and pistachios. While at Fresno State he served as Associate Dean and Interim Dean for the College of Science and was active in promoting student success and supporting faculty development.

Since 2016, Andrew has served as Dean of the College of Science at California State University, Monterey Bay. The College has 2,283 students majoring in nine undergraduate degrees and three master’s degree programs. Dean Lawson is continuing his work to promote the success of the College’s diverse student population and is positioning the College for future growth, including new majors in agriculture, statistics and mechatronics engineering.

The Conservancy staff is thrilled to welcome these esteemed new members of the Board and we look forward to their contributions of insight and guidance as the organization continues on a trajectory of growth. Learn more about our Board of Trustees and the committees they serve on here.