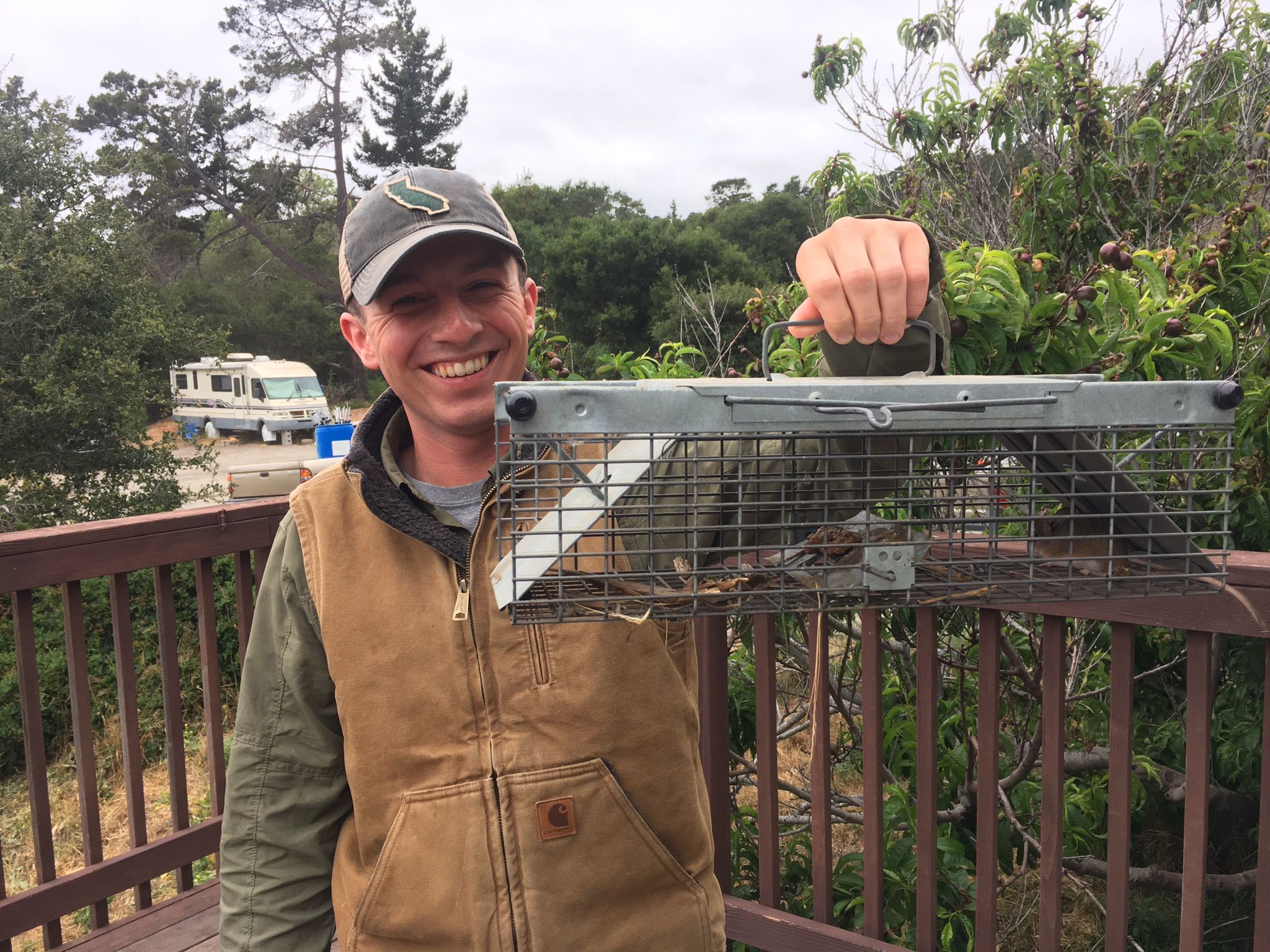 Few things can disrupt the harmony of our homes as greatly as rodent intrusions. Rodenticides have been advertised as a quick and easy solution to rodent infestations with no cleanup and no risk to non-target animals, but the reality is quite the opposite. Poison only provides short-term control, fails to protect homes from re-infestation, and poses a lethal threat to non-target animals that may eat the rodenticide themselves (i.e., primary exposure) and/or eat the animals that ate the rodenticide (i.e., secondary exposure). On The Preserve, we have effective and wildlife-friendly options for managing pests.

Why we should we phase out rodenticides

Typically formulated as scented baits, rodenticides not only attract rodents that have already infested your home, but they also invite native species like ground squirrels and wood rats that would otherwise rarely enter our homes. Once ingested, the poison can take several days to cause death, which provides ample opportunity for wild predators such as bobcats, hawks, owls, or even our pets to eat the intoxicated animal. When predators consume a low dose, they might suffer from a weakened immune system, making them significantly more susceptible to infections and diseases that can become fatal. Even when you put the bait in a ‘tamper proof’ container, there are cascading effects.

These toxins widely affect California wildlife, where scientific research found rodenticide traces in over 75% of animals tested from 2014 through 2018. The Department of Fish and Wildlife found second-generation anticoagulant rodenticides (SGARs), in more than 90% of mountain lions, 88% of bobcats, 85% of protected Pacific fishers, and 70% of northern spotted owls. In response, California passed the California Ecosystems Protection Act that went into effect this January, prohibiting almost all uses of SGARs statewide. 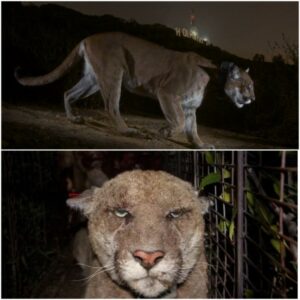 A mountain lion known by researchers as P-22. In the top image he is pictured healthy near Mount Lee, Southern California. In the bottom image he is pictured ill with mange after exposure to three different types of rodenticides through secondary exposure. He was successfully treated and released; however, most animals are not so lucky and die unnoticed. Photo credits: Top, The Guardian; Bottom, National Park Service.

The Santa Lucia Preserve community has worked to protect California’s wildlife for more than 25 years through a unique conservation design that allows humans and wildlife to coexist. However, the use of rodenticides on The Preserve threatens this success.

In the rare event that carcasses of hawks, owls or other predators are found on The Preserve, the Conservancy has sent them into the California Fish and Wildlife Investigations Lab for disease and toxin testing. Of the 10 carcasses tested for rodenticides over the last 7 years, four (three owls and one grey fox) were positive for rodenticides in their liver, confirming that these toxins are already circulating in The Preserve’s wildlife. It is known that sick animals sequester themselves in the final stages of death, suggesting the number of non-target wildlife impacted by rodenticides on The Preserve is likely to be much greater than we are able to observe.

In response to this serious issue, a group of Preserve members approached The Conservancy in 2014 to advocate for the elimination of rodenticides on the Preserve, and by 2016, significant progress on this issue was made. Resident Services changed their preferred pest management providers, which promoted poison treatments, to Integrated Pest Management (IPM), which promotes non-toxic treatments. The CSD, Golf and Ranch Clubs took a leadership role by transitioning all their facilities to a poison-free program. Through education and a new service provider, The Conservancy helped 58 homes to change from poison bait use to non-toxic IPM service, dropping the rate of known poison use from 59% to 2% of homes.

These successes are impressive and indicate the feasibility and support for going fully ‘rodenticide free’ on The Preserve. However, a small subset of homeowners continue to subscribe to rodenticide-based pest control, and this number has increased to 4% as new owners move into the community unaware of the significant consequences of their poison-based choices. Additionally, contractors commonly use poison baits around a construction site to manage rodents during the build, which could further add an unknown amount of poison in The Preserve as the community goes through an unexpected growth spurt. Concerned members of the community have already come to the Conservancy expressing distress as they learn of an increasing number of new and established members falling into the habit of using poison. But, as past efforts have shown us, we have the power to reverse this trend and protect our wildlife with the proper guidance.

How Integrated Pest Management Can Help

Phasing out rodenticides does not mean we welcome rodents into our homes; it only means we use alternative methods to deter or remove them. All that is needed is a simple switch of pest providers. Integrated Pest Management (IPM) is both the name of the local preferred service provider and a multipronged management concept designed to efficiently manage pests without using rodenticides while protecting human health and environmental quality.

One of the basic principles of this program is to make your home a fortress against these unwanted little tenants. A home energy audit will locate small gaps and cracks that can serve as entry points, and simple repairs will keep rodents out and improve your home’s energy efficiency at the same time. Be sure to seal the foundation, cracks, and gaps around openings for water pipes, vents, and utility cables with metal or concrete. Remember, if a #2 pencil fits in the gap, so can a mouse. This method has proven so effective that some homes on the Preserve have successfully avoided using traps and have never experienced rodent problems.

If you still have rodents finding their way in, there are now hundreds of rodent traps and deterrents that have been developed over the past decade to prevent jeopardizing other animals. Rodents and especially mice are allergic to peppermint oil, pine tar, catnip, and camphor. You can place several drops of these around points of entry, garages and or anywhere you feel you may have a problem.

Living on The Preserve also offers natural rodent control while contributing to a healthy ecosystem: natural predators. The preserve is home to multiple predators that rely on mice and other rodents for their survival:

To promote this natural rodent population control, the Conservancy has helped more than 15 members and the golf Club install owl and kestrel nest boxes on their properties. This unique approach allows members to ally with wildlife, working with nature instead of against it.

Finally, trapping is an effective method for controlling small numbers of house mice. Trapping permits the user to control which animals are being targeted, and it allows for the humane release of live trapped mice, thereby eliminating dead mouse odors that result when poisoning is done indoors. Snap traps and electrocution devices are also effective, but finding the best locations to set traps is more important than the type of trap used.

The Preserve would simply not be the same without the owls hooting at night, raptors surveying the grasslands, or bobcats slinking between the oaks. If The Preserve transitions to a completely ‘rodenticide-free community,’ it would raise its status as one of the first fully poison-free communities across the country, allowing us to fulfill our vision as a truly science-based, wildlife-friendly community. The Preserve is in a position to provide conservation leadership to other communities that value their natural assets and want to protect the land and wildlife they love. It is up to each of us to uphold these values and actively take the necessary actions to protect our wild neighbors and our homes.