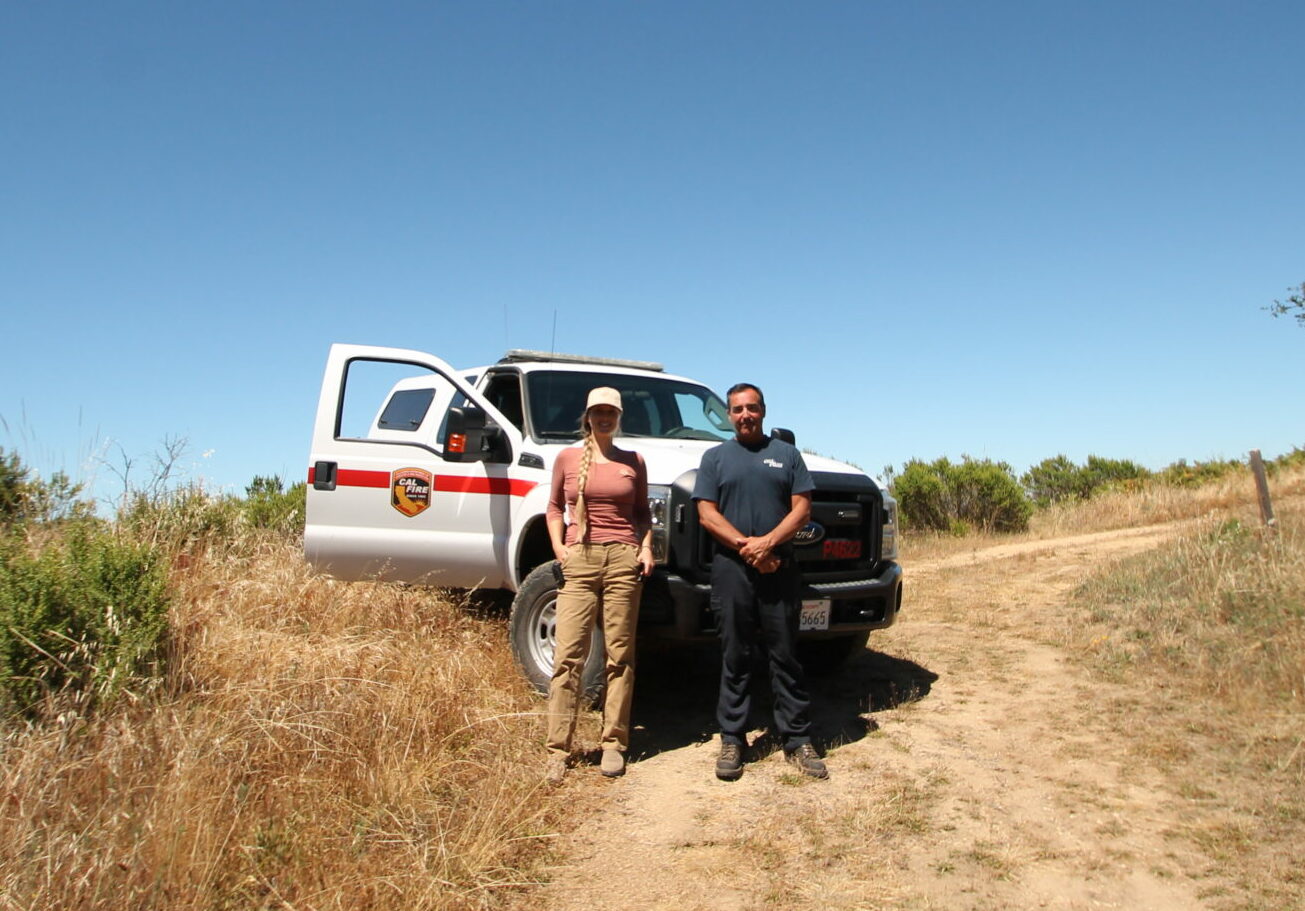 CAL FIRE awarded the Santa Lucia Conservancy a $1,225,000 grant to decrease the risk of catastrophic wildfire spreading from the Big Sur region into communities of The Santa Lucia Preserve, Carmel Highlands, and Carmel Valley which together include 5,281 residents and 2,885 housing units.

“Identified as a priority by the Governor, the Palo Corona-White Rock Fuel Break and ancillary fuel breaks on the Preserve have been integral in saving human lives, homes, natural capital, agriculture, and critical infrastructure in the region,” CAL FIRE BEU Environmental Scientist Ginger Haight wrote in a letter of support for the grant.

A fuel break is a strip of bare ground located on a strategic ridgeline to give firefighters entry into the interior of a forest where they can more safely prevent a wildfire from threatening lives and structures. One essential fire fighting tactic a fuel break allows for is known as “backfiring.” Fire personnel set a new fire along the edge of the fuel break to consume the trees and brush in the path of the wildfire, creating a large burned patch that slows the spread and reduces flame heights.

Geography, weather patterns, and past fire behavior have shown that the Preserve functions as a transition area and wildfire buffer between the largely undeveloped lands of Big Sur in the south and the more developed communities in the north. During the 2016 Soberanes Fire, the Santa Lucia Preserve became a stronghold for firefighting efforts and CAL FIRE was able to suppress the wildfire before it could reach communities in Carmel Valley.

“This grant is the culmination of multiple agencies and organizations collaborating to create safer communities from wildfires,” said Santa Lucia Community Services District Fire and Fuels Management Specialist Emily Aiken. “I am proud to be part of our Firewise Community that engages with state and local agencies to support first responder safety, wildfire tactical advantage, and resource protection.”

“By maintaining, reestablishing, and providing direct and durable access to one of the most important fuel break systems on the Central Coast, this project directly benefits not only the Santa Lucia Preserve but the surrounding communities of Carmel Highlands and Carmel Valley,” said Santa Lucia Conservancy Executive Director Jamison Watts.

The Santa Lucia Conservancy is an independent 501(c)(3) land trust founded in 1995 to permanently protect and steward over 18,000 acres of the ecologically-rich 20,000-acre Santa Lucia Preserve. The organization has a long history of guiding the development and implementation of innovative fuel management projects that are ecologically sustainable, making The Preserve a model for other communities in high-risk areas at the wildland-urban interface (WUI).