Sudden Oak Death (SOD), a disease caused by the exotic pathogen Phytophthora ramorum, has killed hundreds of thousands of trees since its introduction to California just over 20 years ago. Since its introduction in 2005, SOD has placed the Preserve’s woodlands at risk as well. The Conservancy partners with SOD expert Matteo Garbelotto and his lab at UC Berkeley to collect and process samples of California bay laurel leaves around the Preserve.

Here at the Preserve, Conservancy staff members Christy Fischer and Chris Hauser developed a pilot tan oak conservation program creating “tanoak arks”, a term coined by the two to describe forest structures engineered to act as a vestige for healthy trees. In areas determined to become arks, California bay trees have been meticulously removed, as they are primary vectors for the spread of the pathogen, especially in habitats in their immediate vicinity. These arks serve the purpose of maintaining as many tanoaks as possible, thus preserving a wide variety of genetic material, some of which might carry resistance to the SOD pathogen.

Prevention measures and treatment for SOD are still experimental. The Conservancy has partnered with various researchers in efforts to make sure our woodlands benefit from emerging science and treatment options as they are identified. 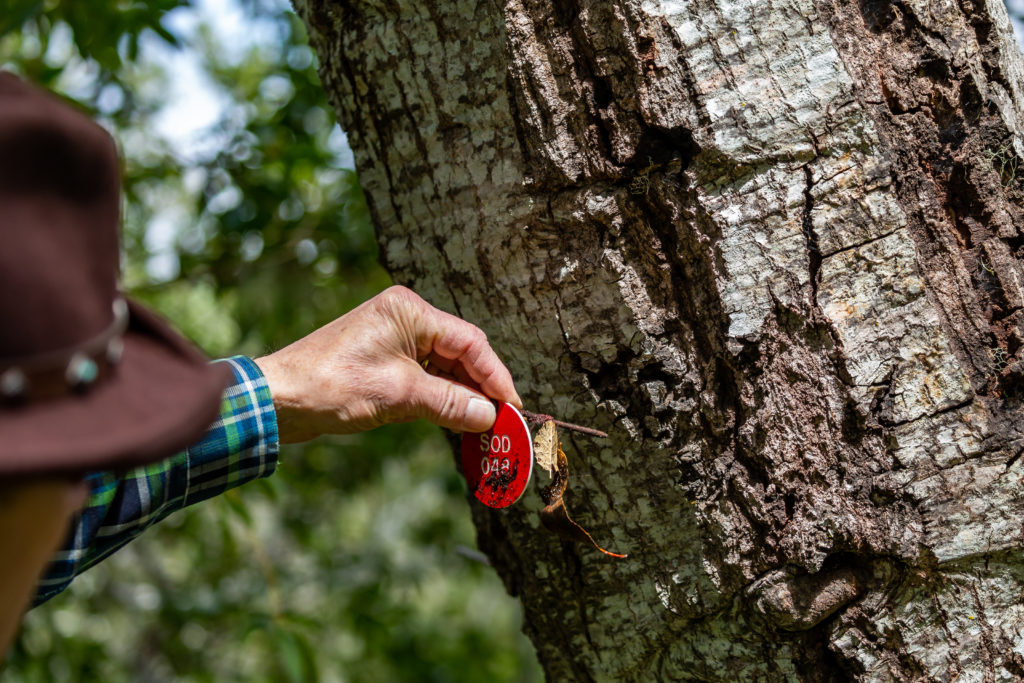 Learn more about Sudden Oak Death and our partners here.

Read about The Conservancy's other major citizen science project, Where the Wildlife Wanders, here.