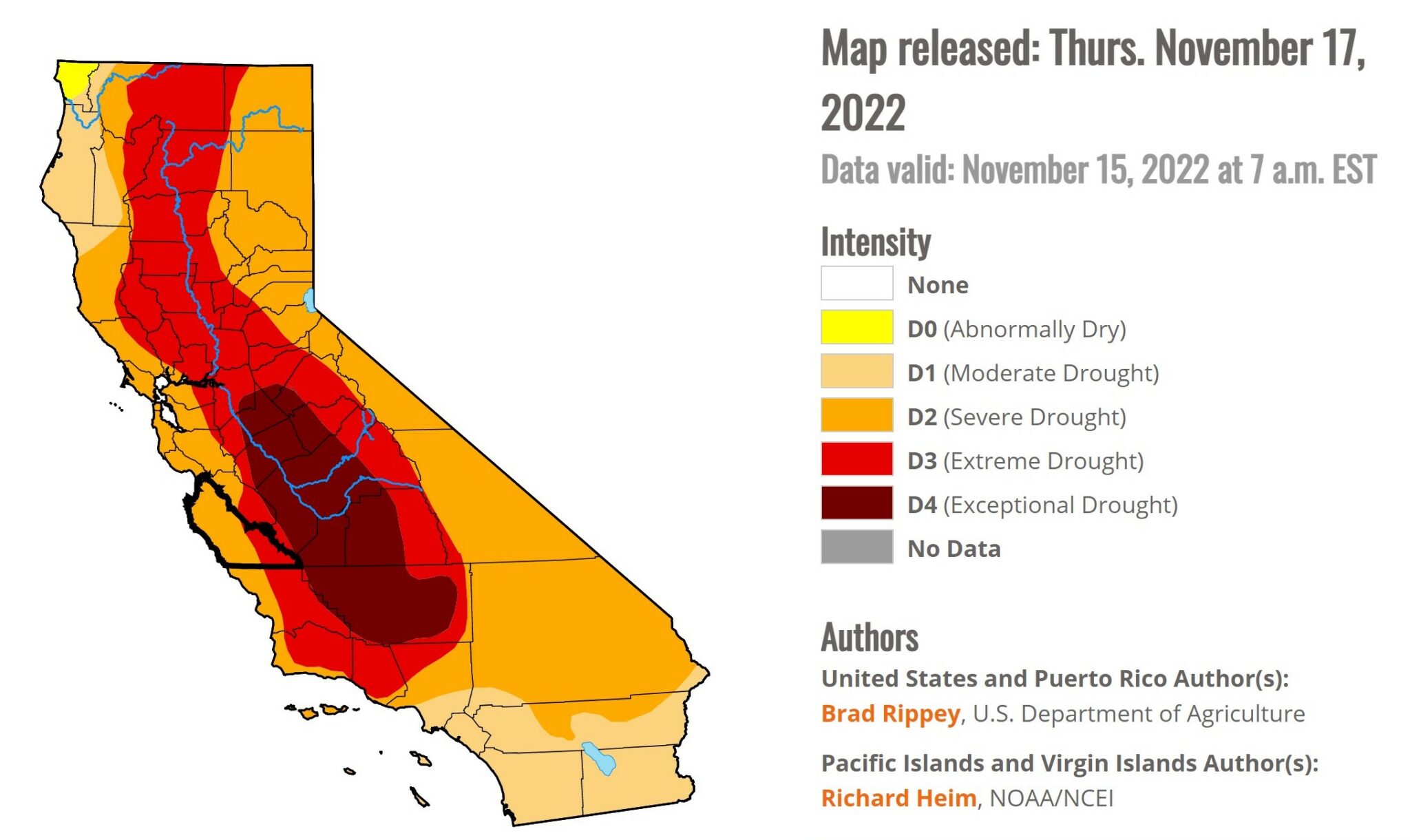 We have experienced two consecutive La Niña winters and NOAA climate experts have announced another La Niña winter this year. Precipitation and temperature are influenced by the El Niño-Southern Oscillation (ENSO) phases, comprised of El Niño, La Niña, and Neutral, which impact each part of the U.S. differently. On the West Coast, La Niña tends to result in warmer temperatures and drought in Southern California, while it often leads to higher-than-average rainfall and cooler temperatures from the Pacific Northwest down into Northern California. Where does that leave California’s Central Coast?

Situated between these two more predictable regions, the Central Coast has had extremely dry winters, average years, and extraordinarily wet years during La Niña. In October, NOAA gave the Central Coast a 33% chance of each of those three scenarios occurring in the 2022-23 winter, as this area has a notoriously high rate of precipitation variability during La Niña. Last week, NOAA released an update of current conditions, rating Monterey County as “abnormally dry” so far in the water year.

The past two winters have been characterized by drought in Monterey County, and there’s no indication it will let up this year. Reduced rainfall will affect many of the natural resources throughout The Preserve, and as land managers, Conservancy staff must plan programs and projects accordingly. Using the past two years as a reference, we have a thorough understanding of how our plants, animals, and management schedule will be impacted by continued drought this year. For details on how we adapt to dry La Niña winters, please read our 2022 article.

According to NOAA, Monterey County is experiencing a severe drought that is not expected to improve over the next three months. Map courtesy of Drought.gov.

Please refer to Monterey County’s Office of Emergency Services for a list of water conservation tips and reach out to Senior Manager of Climate Change Adaptation Jenna Allred at jallred@slconservancy.org for drought-related inquiries.